As you can see from the headline, the human is in 4th place since this is from the eyes of the 3 of us. Let me introduce our self:
I am Dagobert, a 14 year old West Highland Terrier, or as you guys call us a Westie. I was born in Plattling, Germany and that is where Mom and Dad got me on Christmas eve 1999. Would you believe I was born on a Goose Farm. Talk about embarrassing, then they stick me with a name like this

"Hannibal vom Gänsehof"
translated that says Hannibal from the Goose Farm. At least my Mom "Human" for this blog had the good sense to change it. 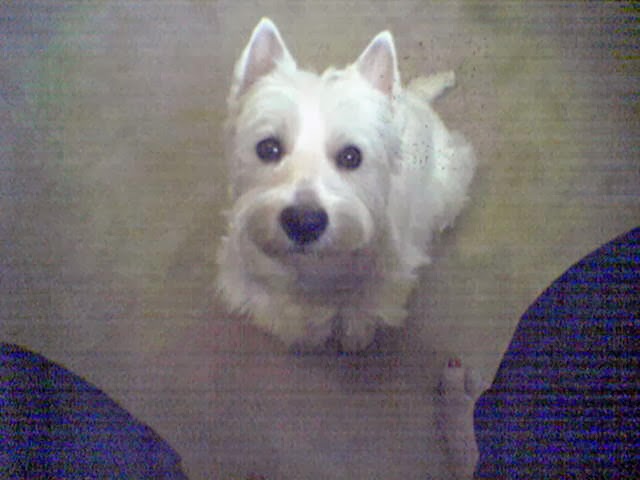 This was me in my younger years. I must say, I did age gracefully. The other 2 of us is Luna, another Westie. We got her 5 years ago when I lost my brother Buddy. He was a Lhassa Apso-Schnauzer etc. Mix 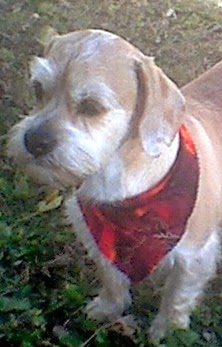 More about him later. Back to that arrogant Sister of mine named "Luna". Who names a dog Luna? They might as well named her "Moon". Well anyway we got Luna from the Little White Dog Rescue in Omaha, Nebraska. And here she is in all her Glory "Miss Luna" at 1 year old. Now she is 6 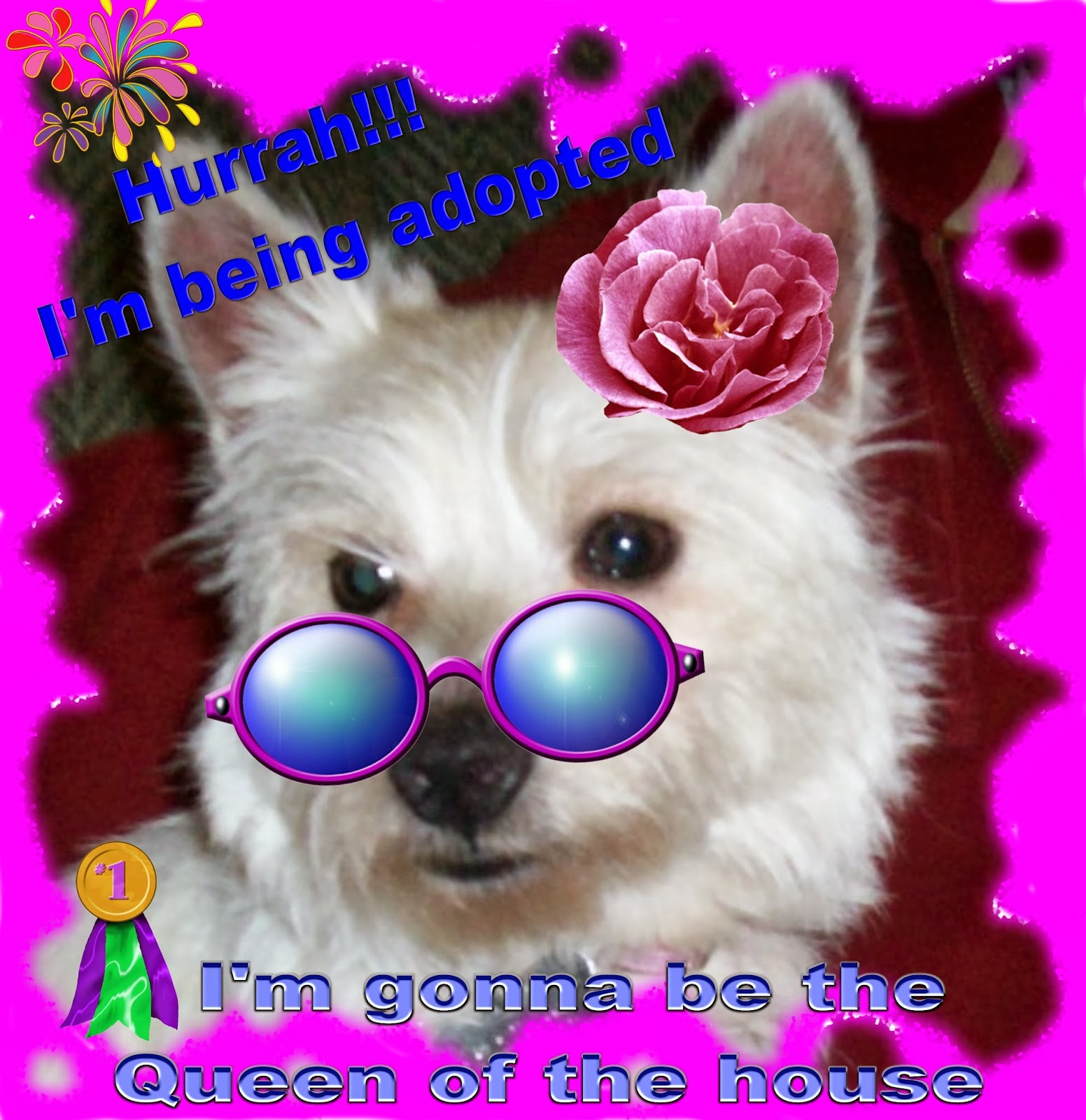 This was her when we adopted her. And I say we, because it was Mom, Dad and I. Anyway this was Luna before her unfortunate "accident" where she lost part of her ear. And if you think that was my fault, well I guess you'll be kind of right. Mom took us with her visiting and left the 3 of us in the car and when she came back let's just say she about had a heart attack. There was blood all over the car, Luna was minus a little part of her ear and we was just sitting there looking around very innocently. I just thought to myself now the Mercedes color on the inside matches the outside.
The 3rd Musketeer is Scooter, He is 10 years old now and a Scottish Terrier or Scottie. His whole name is Scooter McHenry and he also came from Little White Dog Rescue.  I don't know what Mom was thinking bringing a wrong color pup into our Clan. Didn't she realize that is like bringing a Hatfield to a McCoy? Anyway, here is a picture of the trouble maker the day we got him. Well, that's the 3 pups. And now you're probably wondering about the "Human". She is my typist and "Mom" and her name is Marianne. So you'll know who is helping me type 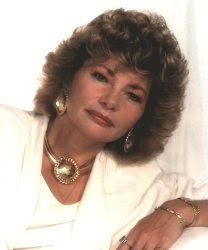 all of this crazy blog, here she is. It took me allot of convincing to let me put her picture on this blog, so say a few encouraging words when you talk to her. Mom is from Munich, Germany originally, but been in the USA for over 40 years. She said that pix is a few years old, but it'll do. As for Dad, he said since he isn't typing this blog, I can't have a picture of him. Well friends, so much for the first day and the "Intro". I hope I get to meet allot of you in the future.
Your Friend and Story teller
Dagobert

Posted by Elefanterl at 1:57 PM